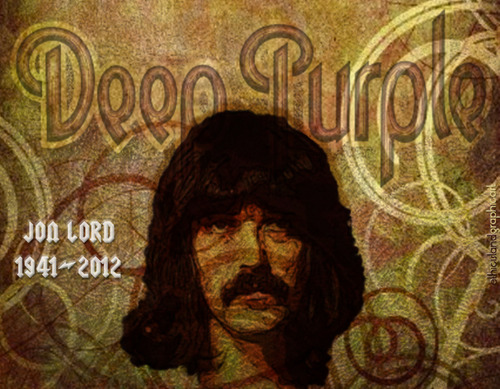 Jonathan Douglas “Jon” Lord (9 June 1941 – 16 July 2012) was an English composer, pianist and Hammond organ player known for his pioneering work in fusing rock and classical or baroque forms, especially with Deep Purple, as well as Whitesnake, Paice, Ashton & Lord, The Artwoods and Flower Pot Men.
In 1968 Lord founded Deep Purple, where he was virtually the leader of the band until 1970. In addition, Lord wrote the organ riff on “Child in Time”. He and drummer Ian Paice were the only constant band members during the band’s existence from 1968 to 1976 and from when they reformed in 1984 until Lord’s retirement from Deep Purple in 2002. On 11 November 2010, Lord was made an Honorary Fellow of Stevenson College, Edinburgh. On 15 July 2011, he was granted an honorary Doctor of Music degree by his home city’s University of Leicester. Lord died on 16 July 2012 after suffering a pulmonary embolism. He had been suffering from pancreatic cancer and was surrounded by his family at the London Clinic.[1]